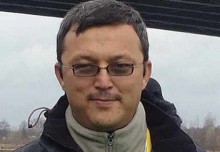 KABUL – The Chairman of Afghanistan Media and Research Center (AMRC), Dr. HussainYasa, who was mysteriously abducted from Kota Sangi neighborhood in Kabul on Monday noon released on Tuesday evening. According to AMRC sources, he has been abducted by National Directorate of Security (NDS) for criticizing government policies.

A National Directorate of Security (NDS) official told Pajhwok Afghan News on condition of anonymity Dr. Hussain Ali Yasa, has been released on bail after being arrested on suspicion of spying for foreign countries, an intelligence official said on Tuesday. He further added that they had information that Yasa, also a journalist, was involved in providing secret information to foreign embassies in Kabul.

“It is our duty to detect activities of foreign intelligence agencies hostile to Afghanistan,” he said, adding that Yasa was called to explain his position. The official said Yasa was released on bail because he was a sugar patient. On the other hand, Dr. Yasa refused to comments regarding this issues due to security concern.

He has always strived for the independence of media in Afghan society. Though there have been claims by Afghan government that media has been given due freedom, it has yet to suffer the misuse of authority and dominance by the relevant authorities,” Vice-Chairman AMRC, Kazim Ali Gulzari said.

Daily Outlook Afghanistan (English) and Daily Afghanistan (Dari/Pashto), which are two credible newspapers of AMRC and have always tried to raise the voice of the common people of Afghanistan by giving coverage to issues and problems that influence the Afghan society, and supporting the endeavors of international community in Afghanistan and encouraging true democratic values and principles, which include free and fair election system, decentralization of power, good governance and eradication of corruption.

“AMRC, insisting on the freedom of speech and independence of media, raise voice against this condemnable action and demand that the authorities must fulfill their obligations responsibly towards the country instead of dominating media through misuse of authority,” Gulzari further added.

“President Karzai, who has kept on showing that he cares about the freedom of speech and media and promulgation of democratic values. But on the other hand suppressing the Media personal as he deals with the opposition,” the statement stated.

The statement further added that Yasa was one of the ANF pioneers and advisor to party leadership on Press and civil society issues.

He went missing after attending a meeting on reforms to the electoral law at the Inter-Continental Hotel in Kabul.

Yasaarrest was illegal and against Article 27 of the Constitution. The party called his detention a political plot against it, the statement stated.

A Photo Story on Education in Hazarajat