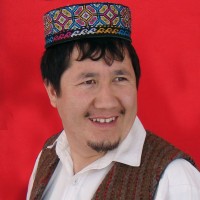 Ali Omid was burn 1981/07/27 the village of Zardsank District of Panjab, Bamyan Province. He passed his childhood in same place from the beginning of his childhood. He was interested in arts .Finally, in 2000 He came to Kabul and enrolled in Kabul university, faculty of fine arts and He graduated as a first position of His class in 2004.

During His education Ali Omid joined Aina institute for three years and got a lot of experiences. He was trained by the expert and specialist teachers such as Mr.Manocher Diqqaty, Mr.Reza Diqqaty and some other French and American teachers in photo journalism section. During his training period He was taken a lot of pictures from different parts of Afghanistan. After graduation He worked in ministry of Justice as a photo journalist and head of technical section for one year. Since 2005 Ali Omid joined national assembly of Afghanistan as a photo journalist.

Ali Omid had some travel as a photojournalist to different countries Like: India, Iran, Emirate, Belgium, Holland, Italy, China, Indonesia, Russia, Saudi Arabia, Pakistan and Turkey. He got much appreciation letters from Governments, foreigner, Interior NGO and Kabul University

PAKISTAN: Army creates an organization to kill intellectuals and activists in Balochistan, in the name of peace

Who kills Hazaras in Pakistan and why?