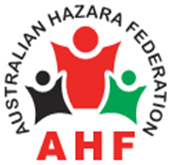 We, the representatives of the Hazara diaspora in Australia, express our deepest concern at the deteriorating security situation in Afghanistan. The life, security and well-being of every Afghan is of equal concern to all of us. In the last two months, there have been five incidents of kidnapping of innocent passengers unaffiliated to any side of the conflict at the hands of elements party to the conflict and illegal militia groups.

The prominent case of the abduction of 31 Hazaras – mostly shopkeepers, day laborers and passengers visiting family – from Zabul province in late February is of particular ongoing concern. Two months on, the Afghan government has not only failed to secure their release, it has also adopted an attitude of silence and secrecy about the kidnapping, the identity of the captors and their demands.

The families of the 31 abductees, including their children, have camped out near the presidential palace in Kabul in a desperate attempt to seek the government’s attention for the safe release of their loved ones and breadwinners.

Afghan civil society activists and Afghan diaspora communities in Australia and Europe are joining the families of the 31 abducted passengers to call on the government of Afghanistan to do more to secure the safe and immediate freedom of the 31 Afghan citizens and offer transparent updates about its efforts.

Expressing our grave concern to the government’s indifference and failure to secure the release of its innocent citizens, asserting the need to avoid using civilians as instruments in the ongoing conflict, we, the Afghan community in here, make the following demands from the Afghan government and the U.N. in Afghanistan:
1. In light of claims by the Afghan government that current conditions are suitable for negotiations with opposition forces, the government must forthwith cease of all peace talks until the release of the kidnapped Hazaras; especially the 31 who were abducted almost 2 months ago now.
2. We are deeply concerned at the indifference of the government and the rise of Daesh/ISIS in Afghanistan and the revival of Hazara persecution at the hands of these armed militias.
3. We state that the five incident of Hazara kidnapping and killing in the past two months is of great concern to the diaspora and us globally. These coward incidents of targeted kidnapping of Hazaras would drive more people to make desperate and life-threatening journeys to seek asylum abroad if not prevented and immediately ceased.
4. We ask the government to tackle the issue of Hazara Persecution on the grass roots level so we do not witness another ethnic massacre in the country.
5. We plead with the Independent Human Rights Commission and other human rights organisations to employ all their efforts towards the release of all the kidnapped Hazaras.
6. We thank all civil organisations and or movements, and our fellow countrymen and women for their ongoing vocal support and ask that they continue their vital and worthy efforts on this front
7. We urge the United Nations Assistance Mission in Afghanistan (UNAMA), which has had a strong and consistent voice for the protection of civilians, to join in the efforts for the safe return of the 31 kidnapped passengers and speak out forcefully about the alarming increase in civilian kidnappings and casualties.
8. We call on the Embassy of the Islamic State of Afghanistan in Australia to communicate our demands on to the Afghan government.
9. We the Afghan community in Australia plead with the Australian government, the Department of Foreign Affairs, members of Parliament, to apply maximum effort against increasing insecurity in Afghanistan, the increase of Da’esh/ISIS presence, and the kidnapping of innocent civilians, in particular those of targeted ethnic groups. Moreover, we ask the Australian government to assist and urge the National Unity Government of Afghanistan to make all possible efforts to secure the safe and timely release of the 31 kidnapped passengers, noting that the increase in insecurity in Afghanistan affects all nations, in particular those countries that Afghans seek refuge in.
10. We ask that the Australian government, the Department of Foreign Affairs, members of Parliament, and other related organisations take the grave insecurity plaguing Afghanistan with absolute seriousness. Specifically, we ask that in light of official warnings by the Department of Foreign Affairs relating to the security situation in Afghanistan, the Australian government cease sending back Afghan asylum seekers to Afghanistan as their lives will be endangered by terrorists and the Taliban. The forced return of Afghans seeking refuge in Australia must be halted forthwith. We ask that the Australian government take a considered and humanitarian approach towards the plight of Afghan asylum seekers and their families, in particular Afghans of Hazara ethnicity who are ever increasingly the victims of intimidation, and targeted by terrorists and the Taliban. These asylum seekers have turned to Australia and Australians and sought refuge. It is therefore hoped that they are dealt with in a humane and compassionate way and that their plight and that of their families is resolved, freeing them from their state of limbo and embracing them as part of the egalitarian and multicultural Australian community.

Stay up to date with more news on wahdat news site.

17th Anniversary of Martyrdom of Baba Mazari in Ankara – Turkey