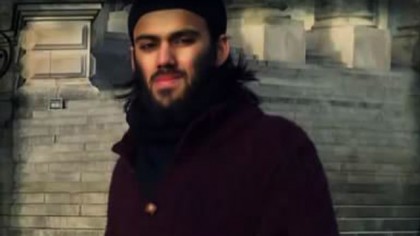 Two radical Muslim clerics have been identified as influential online cheerleaders for fighters seeking to topple the Syrian president, Bashar al-Assad, in a pioneering academic study published on Wednesday.

Researchers based at King’s College London reveal how social media is being harnessed by a network of radical preachers to inspire and guide British and other western Muslims waging jihad in Syria.

By examining tweets and Facebook postings used by certain rebels, people who follow the conflict from abroad and the two clerics, the academics say they have been able to provide a “unique and unfiltered window into the minds” of western and European foreign fighters in Syria.

The information allowed the analysts to identify a “set of new spiritual authorities” who have the largest followings. The report says they are the American-based cleric Ahmad Musa Jibril and the Australian preacher Musa Cerantonio. Both speak English and are based in the west.

Although there is no evidence to suggest these individuals are physically involved in facilitating the flow of foreign fighters to Syria, or that they are co-ordinating their activity with jihadist organisations, they are playing the role of cheerleaders. “It is clear that they are important figures whose political, moral and spiritual messages are considered attractive to a number of foreign fighters,” the researchers conclude.

“Syria may be the first conflict in which a large number of western fighters have been documenting their involvement in conflict in real-time, and where – in turn – social media represents an essential source of information and inspiration to them,” the report, a product of a year-long study, concludes.

The King’s College team were able to assemble a database which now includes the online profiles of 190 western and European fighters, most of whom are affiliated to the two most prominent groups fighting the Assad regime – Jabhat al-Nusrah or the Islamic State of Iraq and Sham (Isis).

Overall, the researchers estimate, there are about 11,000 foreign fighters in Syria, and about 2,800 are European or western. Anti-terrorist investigators in the UK believe about 400 Britons have gone to Syria to wage jihad, and have raised concerns about what might happen if and when they return.

A total of 12,000 people have “liked” and receive updates from Cerantonio on Facebook and he is “more explicit in his endorsement of violent jihad” than Jibril, according to the researchers at the International Centre for the Study of Radicalisation (ICSR) at King’s College.