A Pakistani military aircraft, known as Mushshak, crashed during a routine training session near Gujranwala, 93 miles southeast of Islamabad, killing both the pilots instantly. The plane is manufactured locally which is used to train pilots commissioned in the aviation wing of the Pakistan Air Force.

The unfortunate incident took place on April 8, 2014. As a result of the crash, Major Ali, the instructor, and Captain Shujaat Ali Changezi, the trainee, embraced martyrdom.

Captain Shujaat Ali Changezi joined the Pakistan Air Force as commissioned officer in 2005. He is spared by a one- year child and widow.

The Pakistani Hazaras have a proud history of producing army personnel of exceptional talents who have risen to the rank of the Commander-in-Chief the Pakistan army which was another name for the incumbent Chief of Army Staff. 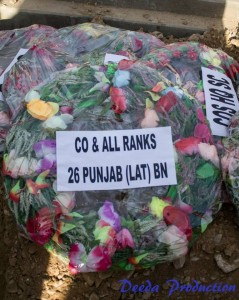