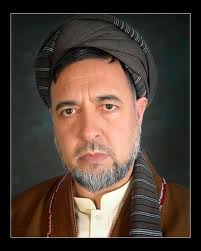 Keeping pace with the changes in human life and developments in various scientific, technological, political and social fields with the changes of the world and such challenging questions; political equation is based on the new firmness. Latest dictions have become the political and human rights norms in the contemporary world.

Like human rights, women rights, children rights, identities, suffrage, the right of self-determination, freedom of speech and thought have changed the space of life to the extent that the minority, the majority and people of all creed, race and culture could live together with reciprocal equality and respect. They can secure their relations with votes and the codification of human laws and the government represent the true will of people. But, it is said with severe regret that despite these new movements and developments towards human relations, exceptions do exist and there are particular factions that impose the tribal traditions and criteria of the Middle Ages in spite of the relations which are cherished by states, governments and human communities. You also witness them in autocratic governments of Arab and African countries such as the massacre of unarmed Muslims by the Libyan drunk and mad ruler Muammar Gaddafi is a symbol of cruel and inhuman treatment.

Afghanistan is another part of the great world that has endured the conflict between new human relations, tribal norms, monopolist pursuit of blood and language and totality for half a century.

I think the First Civil revolt to change these cruel relations, campaigns of people’s justice and liberty embodied Allama Martyr Syed Mir Ismail Balkhi and his companions before the start of absolute monarchy who said, “the light of Republicanism is the only purpose in East, prospers in east and this holy dispute lasted until today in the next stages of different forms”.

Two decades ago Reverend Shaheed Ustad Abdul Ali Mazari demanded of equality and justice and changes into cruel relations of the rulers of this country. He, by mentioning these quotes in national self-participations made a history through public campaigns against monopoly and totality, urgency through structuralism for the peoples of Afghanistan.

As a result of 16 years ago, this green and hoisted flag of justice was bathed into blood in an invasion of guards of non-idoneous and ignorance, inequality and oppression with the support of foreigners and that elevated Justice fell off, embracing martyrdom. Now, it is 16 years that this flag is bathed into blood, ours friends, the sons and freemen everywhere in the country and young immigrants of this land in other parts of the world are flaunting.

Men and women of justice of this land, of all ethnicities and creeds whisper the voice of heavenly school of thought that they wish to bring about changes in the world through changes in their thoughts and living.

In the new decade, our country that entered into a new era after the collapse of the ignorant Taliban and with the advent of the interim coalition government, heralded this message that the relations between the government and the nations may be based on justice, based on citizenship rights and the democratic criteria but soon the tribal standards and ignorant traditions were preferred over the latest norms. These double standard and conflicting criteria and a step towards traditions and one step towards modernism of my country have led it towards the palate of hot war for a decade.

The fruitless quest for ruling to win the support of the Taliban and terrorists or for the sake of Talibanization of the country has resulted in the wastage of time, government exchequer and that of international community which has also caused to increase the scope of extensive war. With the lack of separation of people, the terrorists has paved the way for casualties, we witness tears and blood in this country everyday due to the lack of a pragmatic strategy. On the other hand, the quest for ruling in an effort for setting up factional monopoly and racial discrimination in resolving the national and political portfolios and other organic system and focusing on credible positions in the hands of one ethnicity has depressed all the system, widening the vacuum day by day.

But friends: These unjust efforts for deprivation of people and the imposition of the rule of one ethnicity be annihilated, the national independence caravan, justice and equality is perpetually moving. You must support the unity and firmness of them that I shall stand for your rights and for the standards of your freedom. Long live independence and equality.

17th Anniversary of Martyrdom of Baba Mazari in Ankara – Turkey